Irish lottery winners have given away half €127m fortune to loved ones, charity and those in need

A NORTHERN Irish couple who won the €127 million (£115 million) jackpot in the EuroMillions lottery draw two years ago have revealed they have already given away half of their newfound fortune.

Frances and Patrick Connolly celebrated their life-changing big win on New Year’s Day back in 2019 and have, to date, given away around €66 million.

One of the first things the couple did was compile a list of some 50 family members and friends they were eager to share their good fortune with.

Patrick is originally from Belfast while Frances hails from Glebe in Co Tyrone.

Parents to three daughters and grandparents to a further three grandchildren, the couple were living in Moira, Co Down when their life was changed for the better thanks to an online “lucky dip” EuroMillions lottery entry.

Despite the big money win, the couple vowed to stay grounded and help those less fortunate than themselves.

Their acts of generosity have included the purchase of 1,000 presents for patients set to spend Christmas Day in hospital. They have also assisted in the distribution of medicines to those living in isolated conditions during the coronavirus lockdown.

The couple’s three daughters as well as Frances’s three sisters and two brothers along with Patrick’s three sisters were all given a helping hand, with all of the Connellys’s nieces and nephews given money to buy their own homes.

Away from their immediate family, the Connellys have also played a key role in helping supply essential personal protective equipment during the pandemic.

Because families were not allowed to bring things from home, the Connollys organised for hundreds of pairs of pajamas and other nightwear as well as toothpaste and shampoos to be sent to hospitals for those being discharged. 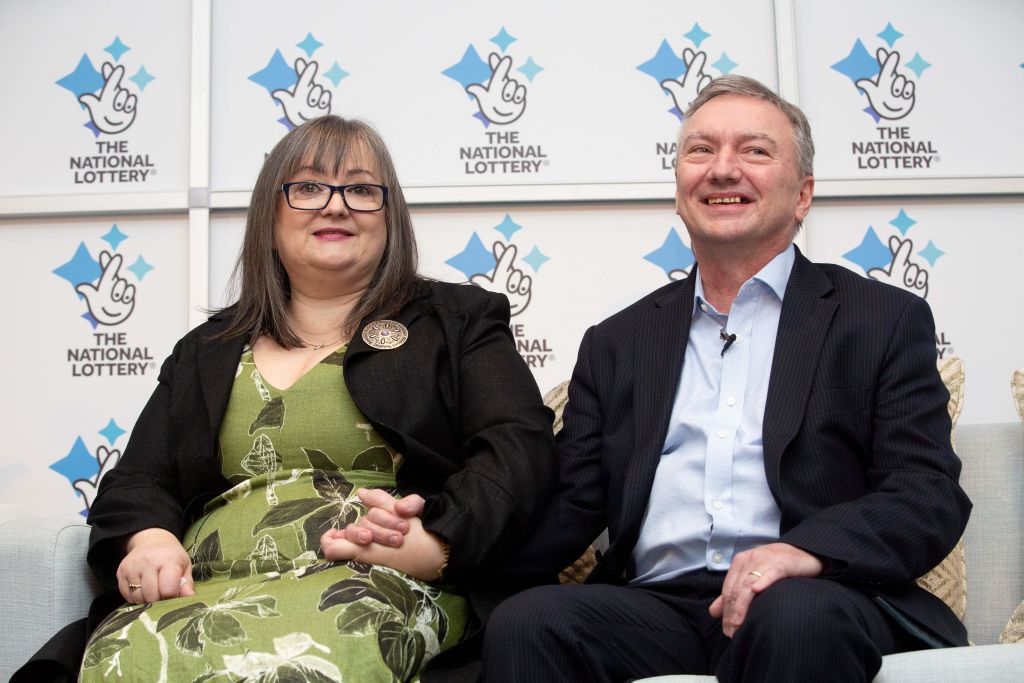 The couple also funded a hot meal delivery service in Northern Ireland as well as £50 thank you vouchers for the 150 frontline workers across the region.

Laptops were also been provided to vulnerable secondary school kids who would have otherwise struggled with distance learning while a befriending serve was established for those living alone durign the pandemic.

Now living in a five-bedroom bungalow in County Durham set across five acres of land with a tennis court and swimming pool, the couple turned down the chance to move into a castle or 15-bed stately home that came with its very own village.

In fact, they only recently purchased a brand-new car for the first time – an E-Pace Jaguar – having previously only bough second hand cars.

Despite the life-changing win they are remaining humble with Patrick even continuing to work, running several plastics manufacturing factories.