The charitable trust was established by the Graham family in memory of their mother Kathleen, using her legacy and funds from a lottery win. 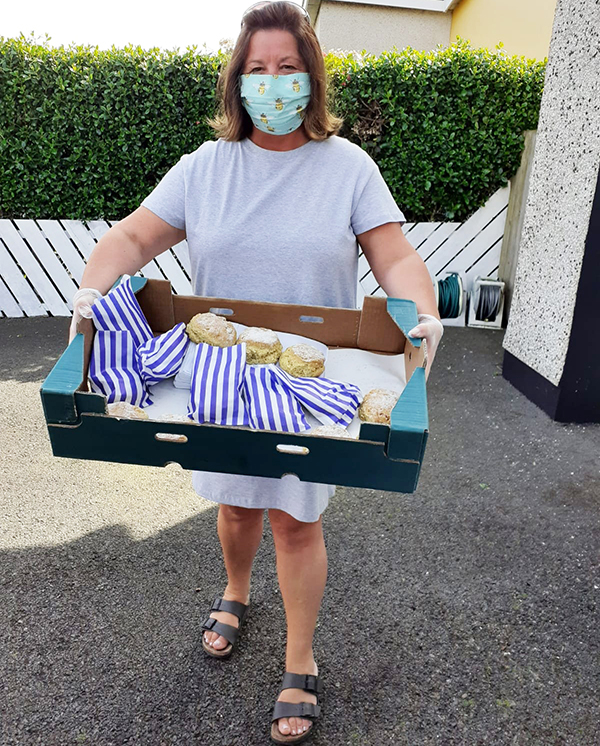 Family friend and schoolteacher Anne O’Neill, who is the chair of the Kathleen Graham Trust, told VIEW that the charity was named after a County Tyrone woman who was “a motherly, generous, and giving woman, who had a great heart and was full of life and joy”.

Over the past few months, more than 200 volunteers backed by the charity helped people all over Northern Ireland.  Electronic tablets and computers were supplied to hospital workers and patients, young people struggling to access their school work, women’s groups as well as older people in nursing homes. Dinners were delivered to vulnerable people and scrubs were made for carers.

Anne, a senior teacher at Thornhill College in Derry, said the trust had contacted Derry City and Strabane District Council who in turn set up meetings with community groups.   She said the Kathleen Graham Trust had made connections with grassroots volunteers to find out how the charity could support community efforts during the public health crisis. 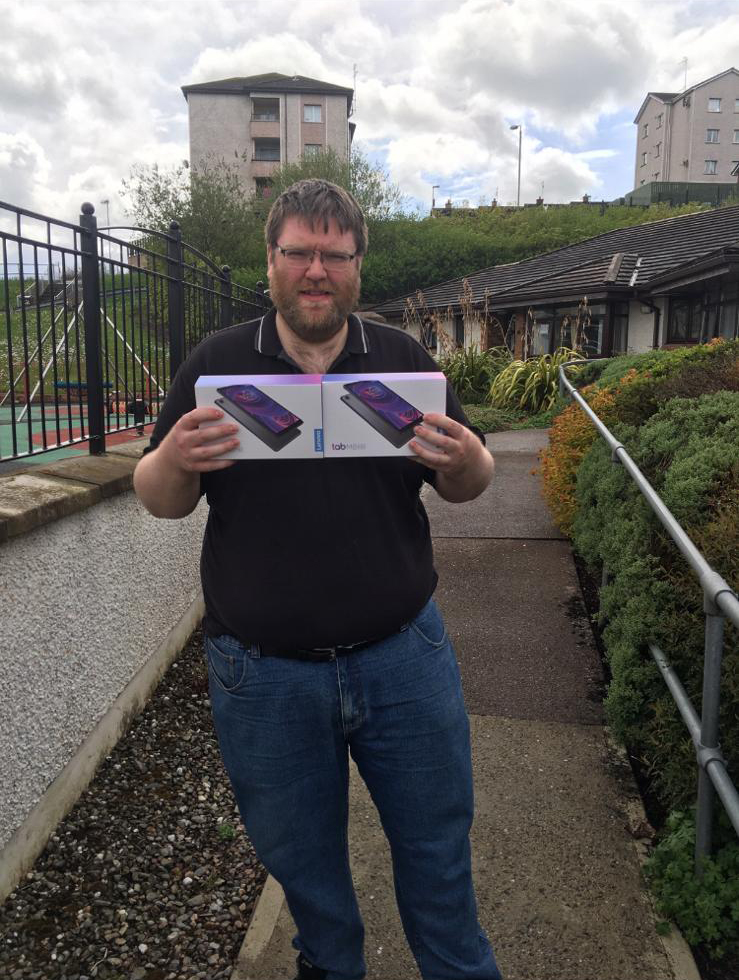 “People have been absolutely amazing from the mayor and council down to volunteers willing to help. Groups were brought together who before this would have operated independently,” Anne said.

“We bought sewing machines and two fabric cutters for a voluntary operation in the Fountain Street Community Centre in Strabane, that has been in existence since start of Covid-19.

“They have been making hospital scrubs to service all sectors of the local and rural community as well as masks and toys for children of key workers. A large number of volunteers are also sewing in their own homes.

“In the Portrush area, one local charity, Reach Portrush, received funding for the provision of food parcels. 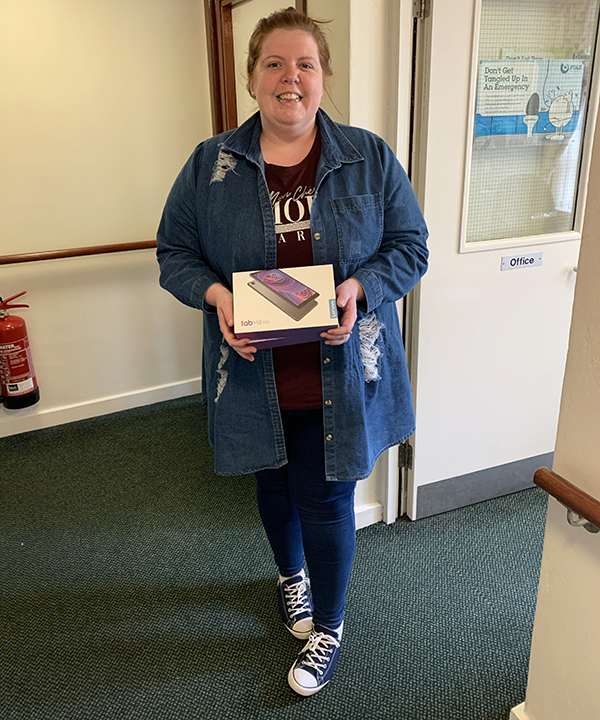 “More than 10 volunteers have been preparing and delivering around 80 parcels weekly. This group also received four electronic tablets. They have been particularly busy supporting people throughout the Covid-19 crisis and are supporting those people who are isolated.”

Feedback from nursing and care homes, who received electronic tablets to help residents stay in touch with their families during the lockdown, had been “really positive”. “

“It kept them connected during the pandemic and was something tangible and long-term which will continue to help residents,” Anne said.

“Tablets and computers were also distributed to a women’s project in the Shankill area of Belfast so they could carry on their work during and after the lockdown,” she added.

“Frontline hospital workers at Altnagelvin in Derry as well as the Mater in Belfast were among those who received support from the Kathleen Graham Trust,” Anne said. 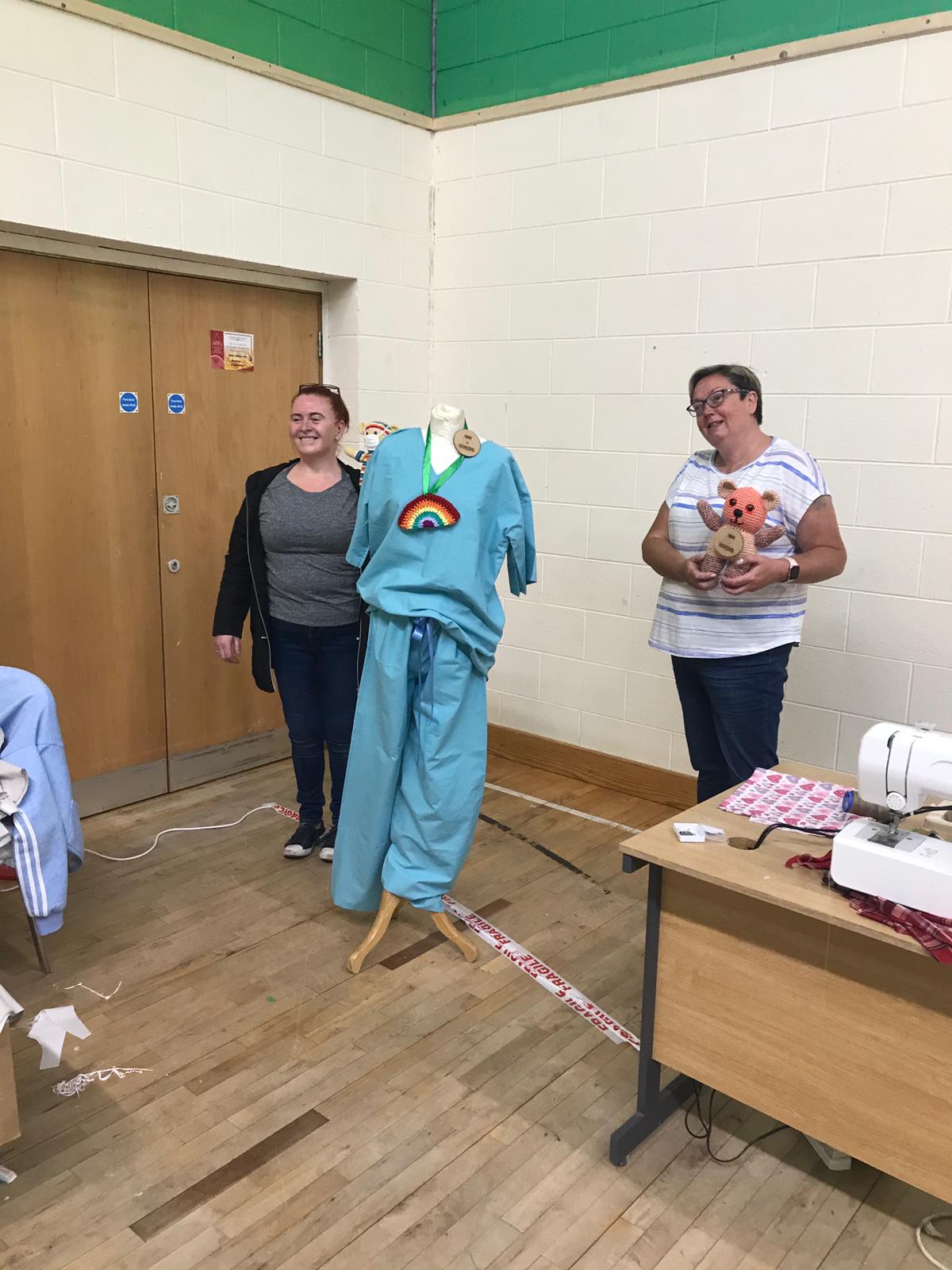 The charity named after Kathleen Graham, who Anne also remembers as someone who “made you feel at home”, has made a big difference to the lives of the people throughout Northern Ireland during the pandemic.